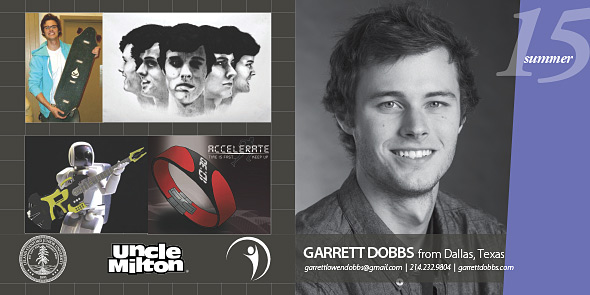 Garrett Dobbs attended Stanford University from 2007-2011 as a recruited athlete on the 2010 NCAA national champion Stanford mens volleyball team. He graduated with a Bachelors of Science degree in Mechanical Engineering: Product Design. Garrett has since been living in Los Angeles working in analytics with a private equity fund, but is now excited to attend Art Center and revisit his creative passions. His hobbies include athletics, improv comedy, and playstation. Follow him at www.garrettdobbs.com